It's amazing what you discover when you read the Russian propaganda. The Russians have definitely taken note of how they caught us flat-footed when they joined the fight in Syria.

Don't be fooled. Daesh is a secondary concern for Russia. They are in Syria because they know we have been arming rebels to take out Assad. They are there to make sure Assad stays in power. They believe the fight won't get hotter as long as their troops are in Syria because further escalation could lead to a direct US and Russia confrontation. Russia is playing chess while we're playing checkers.

Our military has gotten far too wrapped up in our drones and technology. They foolishly believed the old ways of fighting wars was behind us. You would have thought the fight in Afghanistan and Iraq would have taught them something. 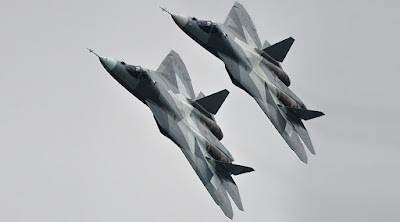 Posted by Tots at 7:55 AM No comments: Links to this post