My buddy, KT Cat over at The Scratching Post had a great write up on Miracles and his explanation really hit home:

When I hear atheists talk about there being no proof of God, I feel like I'm talking to a person who has never left Kansas telling me there's no proof that the Pacific Ocean exists.

"Dude, it's right here. I swim in it. I dive in it. One of our sons surfs in it."
"It's all explainable through science. You are only imagining it."
Sigh.

I have a friend who was doing work in his attic years ago.  He made a mistake and fell, crashing through the ceiling and to the floor below.  His scull was bashed pretty badly and he wound up in a coma.  Doctors weren't sure he would ever wake up.

He opened his eyes up and began speaking to his friends and family.  He remembered who he was, who they were and was overall in pretty good shape.  He had some problems from the fall, but he was alive and could live normally.

He was a Miracle.

He's had a bad seizure recently. No one's sure what's going on, but everyone is concerned.  I wonder how people will react if God takes him home?  Will they be full of anger, railing against a God that can take a man from his wife and daughters?  Will they understand the Miracle?

The Miracle of a man that could have spent the rest of his life in a coma.  A constant source of regret and missed opportunities; or a man that had his appointment with death delayed for a decade so he could walk among us as a Miracle.

Death is not the end, but the next step in life.  We are non-physical creatures limited by the physical shell we wear every day so it's hard for us to release from our fears.  We fear the unknown and death is the greatest unknown.

But when you believe in Miracles...

Email ThisBlogThis!Share to TwitterShare to FacebookShare to Pinterest
Labels: Bigger Than Ourselves, Christianity

Last week was a total crap-fest for me.

I don't want to share too much information, but work was a beat-down.  I felt ill at the end of the week, I had my umpteenth MRI and my back felt like crap.  Add on to that the normal stresses of life and I was ready to collapse.

THE WIFE who is always the wise one explained the spiritual warfare we were being subjected to.  I didn't get it and chose to wallow in my anger and self-pity.

Friday was a turning point.  We are the sponsors for our church's youth program and we planned a lock-in for the kids.  We played a great game called "Grog" which is a cross between Hide and Seek with Freeze Tag thrown in.  We ate pizza, drank soda, had ice cream and watched Nacho Libre together.

I also had a few minutes with THE WIFE an a very godly woman who is our friend and like a mentor to me.  She asked me how I was doing.  I told her I had been under attack by the enemy and she explained how she knew it.  She told me how we would be attacked because of the work we were doing for God.

She's right.  I'm not a great person.  I'm trying to make God happy and live my life for Him, but it's easy to get knocked off track.  I took her message and felt much better.

Sunday my 16 year old felt sick at church and had to go home.  My oldest son ran him home and they discovered a guy we had opened our house while he was down on his luck was inside.  They called me and the guy split before we could get there.  He didn't get anything, but we're changing our locks, reinforcing the weak points and have the guns loaded if it comes to that.  I don't think he'll do anything to try to hurt us, but I'm not risking it.

The enemy fights dirty and we want to think of the battle as one we can win with our fists.  It's not, we win it through our work and our actions.  I'm in the battle and I'm not giving up.
Posted by Tots at 3:42 PM 1 comment: Links to this post

Email ThisBlogThis!Share to TwitterShare to FacebookShare to Pinterest
Labels: Bigger Than Ourselves

The Collapse Of The American Dream In Animation

This sums up what I never understood about our economic system.  When you watch this think back to your youth.  I remember the 70's, 80's and 90's.  I remember when we were encouraged to save our money and how to wisely use debt.  When we only went into debt on our homes and cars.  When we had ONE credit card or two in case the place didn't take Visa and instead took MasterCard.  Even then the credit card was for emergencies.
I remember when we bought US bonds and our savings returned interest.  We have been fully converted to a debt-driven society and we are hurtling toward collapse just as quickly as our technology grows.

It's too late to stop what's happening.  Now it is just a matter of when the collapse occurs.

HT to Investment Watch Blog
Posted by Tots at 12:13 PM No comments: Links to this post

Email ThisBlogThis!Share to TwitterShare to FacebookShare to Pinterest
Labels: Tots of Wisdom

Apparently Colorado has a new logo. Here was my submission idea which got passed over: 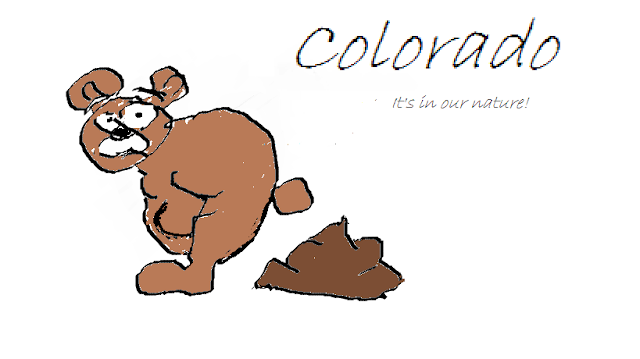 Apparently they have never visited nature like I have.
Posted by Tots at 8:48 PM No comments: Links to this post

Who Do You Think Is More Manly? 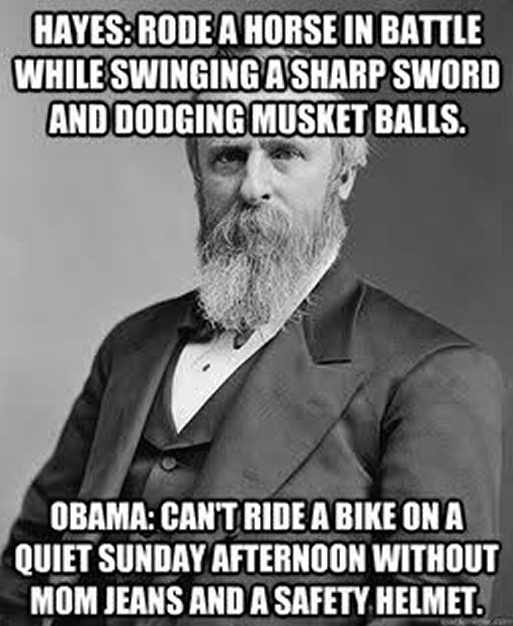 I can't remember who I stole this from. I hope this doesn't mean Obama will order a drone strike on me.
Posted by Tots at 1:45 PM No comments: Links to this post