I remembered this from last year and had to drag out the old "Gravy Boarding" post in honor of Thanksgiving.  I'll be wearing my Witten Jersey asleep in front of the Cowboy's game this afternoon.

Happy Thanksgiving and may God's blessings be on you all! 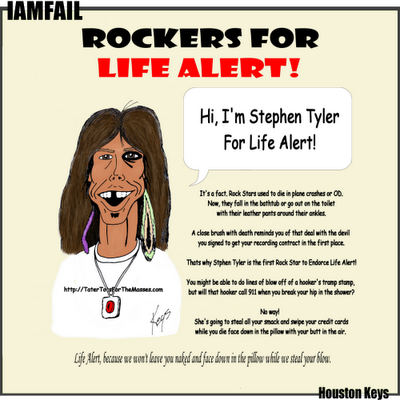 What Is Wrong With Everyone?

I'm in a pretty dark mood right now.  I've watched all the envy and class warfare I can and I imagine Satan is laughing and dancing a jig.

OWS is angry at the 1%ers who are somehow taking all of their opportunity away.  I still don't understand that one?  Why is it if you are rich, you are evil?  Bill Gates has money falling out of his butt, however it's because he is a visionary.  He saw what no one else saw, worked his butt off and is wealthy as crap.

He also gives a LOT of cash to charity.

I also know (of) plenty of people who are in similar situations who don't give crap to charity.

I understand people being frustrated in the world because they can't get ahead.  I just came from a message board where some lady who claimed to be a veteran was complaining that she couldn't make ends meet because she made $8 an hour and only got 16 hours a week.  She couldn't get assistance because she made too much money and couldn't food aide because she didn't have kids... etc...

I have been there too.  I couldn't find a job, couldn't figure out what I wanted to do with my life.  Looking back on it, a big part of my problem was I was just being picky.

To make ends meet I poured concrete, worked at gas stations, sold steak knives and teddy bears.  When I was offered an opportunity to get on where my dad worked I took it.  I was pulling telephone cable and got good hours, moderately crappy pay but I worked.

I also worked my way up.

I had to learn how to be an adult.

While I worked there I couldn't afford insurance for anyone but myself.  The family insurance for my wife and kid was out of our reach.  My wife had a wreck while she was pregnant with our second child and my oldest son had to be flown by helicopter to the University of Tennessee hospital where he spent a week in intensive care.

We paid on medical bills for years.

When I hit a dead end at my job, on a whim I reached out to someone I knew to see if they were hiring.  Turns out they were.  I loaded up my family and moved to Dallas because there was work and opportunity.

Things went well for 12 years but when I once again hit a brick wall where I knew I couldn't go any higher as an engineer (and the only way to get into management was for someone to die); I had an random hit on Linked-In inviting me to a job fair.  I polished up my resume and went.  I ran into the guy who is now my boss and somehow I made an impression on him and was hired.

I have taken another step.  I have more options now.  I can grow as an engineer, I can possibly go into management.  Someday I could start my own company if I wanted to.  I have great benefits, a challenging job and I am surrounded by brilliant people who I am lucky to get to work with.

Now, lets focus back on OWS.  They are angry because they don't have stuff and they are saddled with debt (in some cases).  They went to college and cant find a job.  They can't get insurance.  They want success.  You're not alone.  I've noticed the local 7-11 where the day laborers used to hang out to pick up jobs is pretty sparse right now.  No one is going to create a company specifically to create jobs and make things no one wants so they can lose money (Except for the government of course).

I'm sorry folks, you don't get success by sitting in a tent protesting the fact that other people are wealthy.  I acknowledge that many of them may be dirty rotten stinking scum of the Earth who don't deserve what they have, but they do.  They have more than their "Fair Share."


By the way, what is that "Fair Share" I keep hearing about?  Maybe if we had a number I could give an argument for or against, but all I know is my family and I live comfortably.  We are not rich, we are solidly middle class, but thanks to Obamacare my great insurance that I have worked my whole career to get to (which was also another motivation for me to take this job) gets not as great.  It's still really good and I am sure it will be better than most still, but it demonstrates the fundamentals of socialism which is, "Socialism doesn't work".  It never has.

Socialism does not lift the lowest up to the highest levels, it lowers the highest levels to the lowest levels.  Plus keep in mind the people who are telling you how great socialism is aren't sharing their wealth.  President Obama says he has tax breaks he doesn't want or need, yet he doesn't donate his salary to charity does he?  Last I checked he was worth several million dollars.

People who predicted how the rich would reduce their wealth to avoid the crippling taxes were ridiculed.  It was inconceivable to think someone would be so greedy as to not be greedy enough to make the most money they could when they would pay most of it in taxes. (Does reading that sentence even make sense to anyone?  It doesn't to me, yet that is the logic I have seen kicked around).  It is beginning to happen.  By the way, it happened in the Soviet Union already.

Stop being envious of the top 1% and work to bring yourself to your highest level.

My advice to the vet who has the $8 an hour job?  Email me.  The gas station down the street from me is hiring starting at $9.50 an hour and I bet they'll give you more than 16 hours.  If not, Home Depot is hiring in our area for around the same rate of pay.  My oldest works there, has insurance through them and full time hours.

I am a hillbilly from East Tennessee who has a high school diploma and dropped out of college.  Today I work for a worldwide software manufacturer in technical support.  If I can do it, anyone can.  Work your butt off and when you see an opportunity, seize it.  Fortune favors the bold.
Posted by Tots at 4:34 PM 5 comments:

My Little Girl Rocks The House!

This is my daughter Lucie's Cheer Team.  They placed 2nd in their division (7 and 8 year old). Lucie is on the right side of the frame and the rear of the diamond formation.

I am proud beyond words at how hard my little girl and her team worked!
Congratulations girls!
Posted by Tots at 5:45 PM No comments: