I haven't posted in forever. I don't know if I can keep posting. There is no release anymore because I am losing hope.

I'm sorry if you come here for the funny. I find it harder and harder to be funny as each day goes by.

Hopefully it is just a reaction to a diet med my doc put me on. We'll see.
Posted by Tots at 6:40 PM 3 comments: Links to this post

This Speaks For Itself 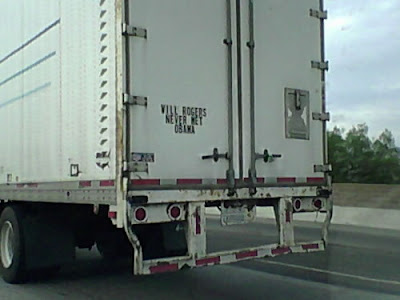 Proudly stolen from BigFurHat of I Own The World.

Our Commander In Chief Mingles with the Peasants:


Thanks to http://iowntheworld.com. BigFurHat is my hero.
Posted by Tots at 6:27 AM No comments: Links to this post

I have some new stuff up on my Comic Shop Cafe Press site. In keeping with my new job I have made a Geek reference and since it made me giggle, I want to throw it out for everyone to enjoy. 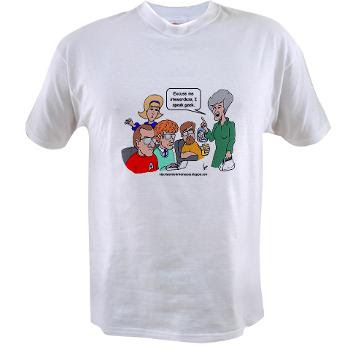 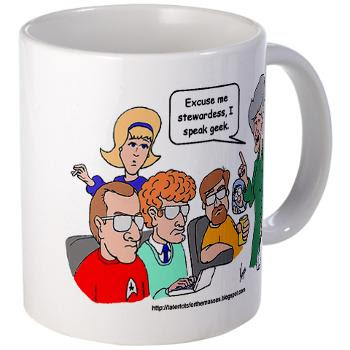 Go check out the full site at http://www.cafepress.com/houstonscomicstuff.
Posted by Tots at 10:45 PM No comments: Links to this post

Hot Enough For Ya? / The Ben Cave

Here in Dallas we've been blessed with some mild summers for the last several years. This year is just brutal hot though. I have to admit, I am impressed because it was so hot over this weekend that as I sit and type this I feel the same way I do when I have a sunburn. That sickly, radiating heat feeling.

In other news, we have completed phase one of "The Ben Cave."

What is "The Ben Cave" you ask? Well, as my constant readers know, my middle kid Ben is an Aspie (on the Autistic Spectrum for us Nuero Typicals) and as he approaches his 13th birthday he is not only trying to struggle with dealing with issues most people take for granted, he also has a freight train of hormones running through his body. For example: last month our church put on a block party for a neighborhood as outreach. Everyone had a great time, but at the end of the night Ben was so overstimulated we had a full on meltdown complete with screaming, hair pulling and trying to jump out of the truck...

OK, so this month we had a repeat and once again everyone had a great time. Ben had a bad moment with one of his friends at the end of the party, but when we headed out this time there was a little bit of yelling, a lot of tears, but no violent outburst. (Praise God).

A major part of this is due to the fantastic job of his team of doctors. His developmental pediatrician Doctor Mike Rios is not only a true Star Wars fan, but he has helped Ben with his meds and has given him someone he can relate to and look up to. His psychologist Doctor Denise Wooten is a women sent by God as she has helped him, and us, to learn coping mechanisms.

One thing that she recommended for Ben was to give him a small quiet place he could go to. Ben has been sharing a room with his sisters and they all wind up freaking out, getting angry and shedding tears. She and THE WIFE talked over things and THE WIFE came up with the idea to make Ben his own "Man Cave" (so to speak). 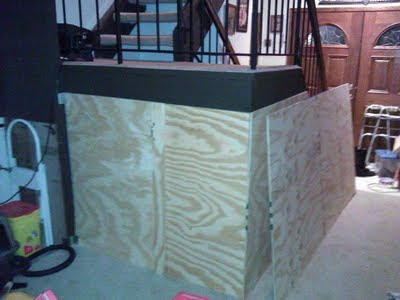 So now (like Harry Potter) Ben is living under the stairs. We had been talking about sheet rocking in under our landing to make a small play room for the kids. With the idea, we simply moved quicker and decided to at least do a temporary measure to see if this would help Ben before we went full bore. Obviously there will be some paint coming soon so it loses some of the trailer park look, but it's functional right now.

As I type this Ben is sleeping quietly on his mat in his cave. He was EXTREMELY excited by the fact I built a special room just for him. I also have to say, while I was enclosing it, I noticed you could lay with your head under the stairs portion and it was very quiet and peaceful. Also, because it's a million degrees outside (and inside tonight) we have a fan blowing into the upper portion to keep some air circulating. This is also giving him some white noise.

Everyone who is so inclined, I would sincerely appreciate a prayer for my little man. He's quickly becoming a big man and I want him to keep his heart of gold forever. If you aren't inclined to pray, just some good thoughts are appreciated.

Thanks for stopping by and reading my rambling. I hope God blesses you.
Posted by Tots at 12:41 AM 1 comment: Links to this post