Since we have found our church and joined I was asked to lead a class of ladies through a small group study.  Why me, I don't know but for some reason Pastor George felt God wanted me there.

I've led it for a while know and after our last study series which we all hated, we moved to "Bad Girls of the Bible" which we have all been loving.

Long story short, through this group and our friendships I was talking with one of the ladies and she brought up Ben's old teacher.  This the teacher who was convinced we were just too soft on him and rather than acting the way he did because of Autism she felt he had behavior problems.

I made my displeasure obvious, and she stopped me and told me this was a good thing.  Turns out they know each other and I hadn't realized her daughter and Ben had been in second and third grade together.  Her daughter mentioned Ben to the old teacher and that they were together in Sunday School now.

Somehow some old note which Ben was accused of writing came up.  The note consisted of Ben writing all the different methods to kill this teacher.  The teacher asked my friend if she thought Ben had written it.

She brought up the fact also, that her daughter had proclaimed Ben's innocence from the very beginning and had named the boy she felt wrote it.

The thing that meant the most to me was she also told me the teacher now had another autistic boy in her class and she was now actually following the standards set forth by our school district.  She is dealing with the Autism rather than just reacting to the behaviors associated with it.

One of the ladies made the statement that it was too bad she didn't learn with Ben, but I told her, if it hadn't been for that teacher we wouldn't have changed schools.  IF we hadn't changed schools we would never have met Ben's teacher Becky for fourth grade.  If we hadn't met Becky we would never have been invited to the church we were at now, and finally, if we hadn't visited our church, we would have never joined and we would have never been blessed with the friends we have now.

We don't always understand the path God sends us down, or why, but there is ALWAYS a reason to his plan.
Posted by Tots at 11:50 AM 4 comments: Links to this post

Email ThisBlogThis!Share to TwitterShare to FacebookShare to Pinterest
Labels: Bigger Than Ourselves, Family

A Right On Cartoon

My apologies but the day job got in the way of this weeks edition of IAMFAIL. This is not one of my comics, but I wish it was. The guy's name is Yogi Love and you can find more of his stuff at http://www.redplanetcartoons.com/ .

Too stinkin' funny so I had to link and steal.  Original can be found Here! 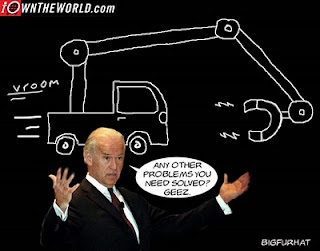 Posted by Tots at 8:19 AM No comments: Links to this post

Scott Dallas put out a request on Twitter for people to tag items with "ScoDal" and then send him a picture.

I decided to one up him!

Email ThisBlogThis!Share to TwitterShare to FacebookShare to Pinterest
Labels: Comics

TV I Am Excited About

OK, so AMC is premiering the series "The Walking Dead" based on the comic series.  I have only read the first episode of the comic, but I am jazzed by the trailer!

I found this video over at Geeks of  Doom which reeked of awesomeness, so here it is for your enjoyment.

Posted by Tots at 8:00 AM No comments: Links to this post

Do the kids are back to school which means, LUNCH BAG ARTWORK! 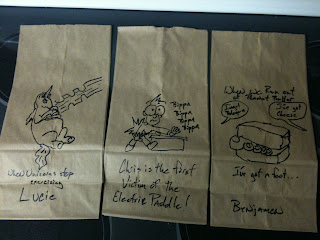 Not much to add as I think this says it all.

http://www.wvec.com/news/local/US-Second-Fleet-in-jeopardy-as-DoD-trims-budget-101368049.html
Posted by Tots at 8:19 AM No comments: Links to this post 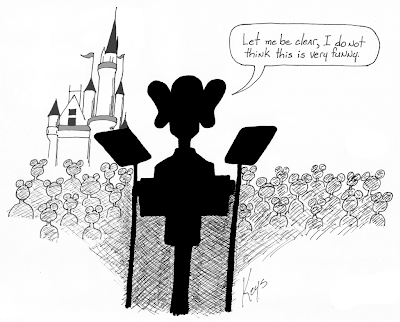 I Will Never Forget

I will never forget.

I swear.
Posted by Tots at 9:45 PM No comments: Links to this post

I had forgotten to follow up on this one but a commenter named Tux asked about it, so here it is. 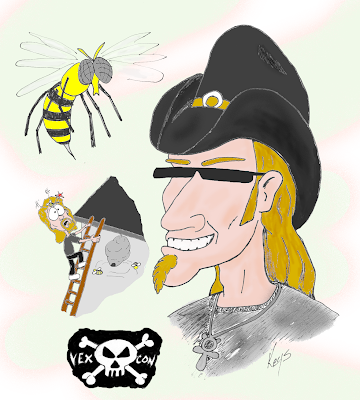 I added a few things in the background as "Just Billy" was a bit too boring. Billy is anything but boring.

I also had to add poor Ricky in there too as he gets bitten, stung, dumped or eaten alive in most episodes. Dude is hard core!
Posted by Tots at 11:10 PM 2 comments: Links to this post

Email ThisBlogThis!Share to TwitterShare to FacebookShare to Pinterest
Labels: Comics

I am working from home today.

Not because I am sick or have an appointment.  Nothing like that.

What the heck?  I am 38 and haven't overslept for work since I was a teenager.  What an embarrassment.

I am also on call, I would have slept through that if I had been called.

I don't know what the hell is going on with me.  I really seem to be losing my mind.
Posted by Tots at 8:56 AM 1 comment: Links to this post 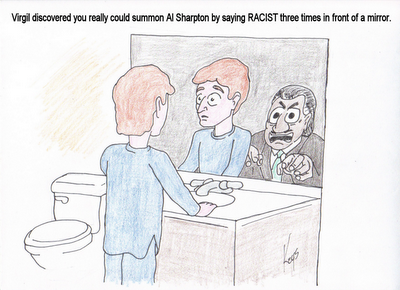 Posted by Tots at 8:00 AM No comments: Links to this post