Vic inspired me with something that might be a euphemism, but if not would look something like this: 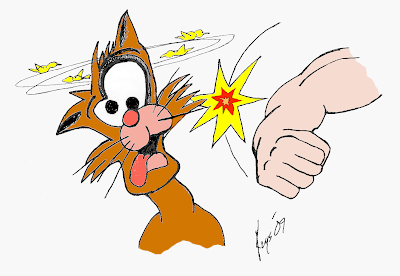 Captain Carl, imagine this happening to that yowling cat in the middle of the night. Carlos Spicy Weiner can make this happen for you! 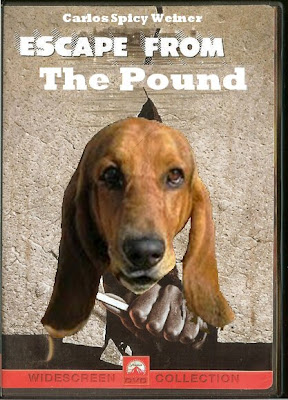 Carlos is coming home for the holidays one way or the other!

Ms. Yvonne had a Christmas Miracle happen at her place, but Captain Carl is a "Doubting Thomas" so to speak.  I present the following evidence to support the good wholesomeness of Carlos Spicy Weiner! 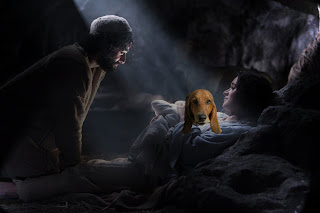 If nothing else, just print this off protest poster and let the good captain know how you feel! 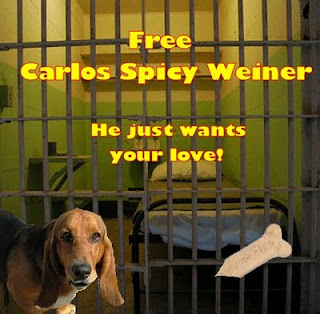 Santa Watches You... Who Watches Santa?

Where Did I Go

For some reason my blog is down. I am confused.
Posted by Tots at 8:36 PM No comments: Links to this post

A "Tiger" By The Tail

Posted by Tots at 1:53 PM No comments: Links to this post

A look at my ancestry!

Thanks to @NonaNelson for the link!
Posted by Tots at 7:42 AM No comments: Links to this post

Do I Really Have Nothing to Add?

Does Jack Black Hate Me?

Since the last link was blocked, lets try this one!  Stupid interwebz!  DANG YOU AL GORE!!!

Posted by Tots at 5:09 PM No comments: Links to this post

Today Ben and his Star Wars hair turn 11. Congratulations big guy and good luck on the rest of them. May you have many many more!
Posted by Tots at 7:30 AM 1 comment: Links to this post

Email ThisBlogThis!Share to TwitterShare to FacebookShare to Pinterest
Labels: The World According To Ben

What Happened to DJ Lance?

Did he get stung by a bee or something?

Santa is a perv. 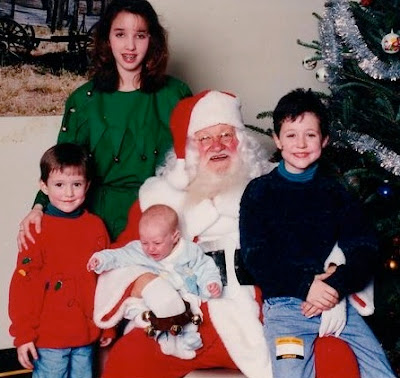 Just sayin'.
http://www.sketchysantas.com
Posted by Tots at 9:30 PM No comments: Links to this post

Can We Skip The Holidays This Year?

Well the "Boy In The Box" as my Twitter friends know him is in job Hell right now as Toys R Us is screwing him over.  He got exactly "0" hours last week because they "Accidentally" left him off the schedule and no one would address it.  He finally became frustrated enough to get a job and now no one is hiring because they have already staffed up for the holidays.

So TBITB is stuck until... I don't know with no hours.  If he wasn't doing his job I would have expected someone in management to tell him to shape up or ship out.  Personally I figure they don't like some aspect of him or his personality and are too chicken to tell him.  That requires leadership and confrontation and unfortunately it seems few in positions of authority have those attributes or the stomach for them anymore.

Add to this Christmastime is when Ben usually goes off the rails (and he is with gusto this year) and you have a fun holiday season ahead.

Any prayers for TBITB would be appreciated.  It's not easy for him as he tries to decide what he wants to do going ahead with his life.  Plus he now has no money to depend on for college next month.


Please go to http://supporttheseals.com and let teh government know we take the word of our troops over a terrorist!

Ben: Hey! Everything on this menu is in Spanish!
Me: That's because we are at a Mexican restaurant, son.

Lucie: We have to put the star on top of the Christmas Tree so Santa knows we have one.
Me: So without the star on the tree he won't notice the tree?

Email ThisBlogThis!Share to TwitterShare to FacebookShare to Pinterest
Labels: Family, Random Humor, The World According To Ben

I love the Holiday Season! 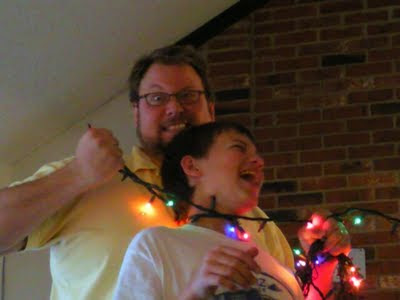